with just over a week to go before the BP Portrait Award 2014 opens to the public here is a summary of what I have been doing and what to expect within the exhibition.

The Lace Trail, BP Travel Award 2103 will be exhibited within the BP Portrait Award 2014 exhibition.


17th Century Old Master paintings and sumptuous Jacobean styled costumes are some of the associations had and the inspiration for a series of paintings displayed at the National Portrait Gallery as part of the BP Portrait Award 2014 exhibition.

After winning the BP Travel Award in 2013 Sophie Ploeg set out to research how lace and fabrics were represented in early 17th century portraiture. Inspired, she created a series of 10 new paintings which tries to connect women and style from the early 17th century with women of today. Her book tells the story of her year and catalogues the paintings. 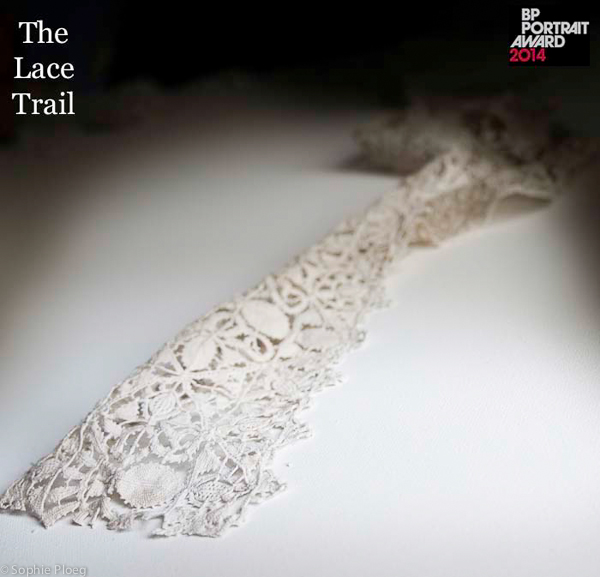