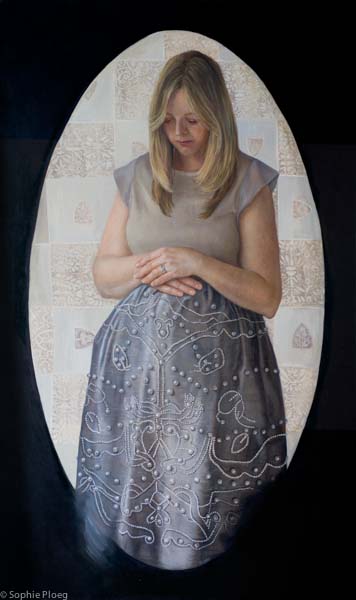 Created as part of The Lace Trail
Bp Travel Award 2013

This painting is not hanging at the National Portrait Gallery (space was limited) but will hopefully be included when the BP Portrait Award 2014 goes on tour to Sunderland and Edinburgh. 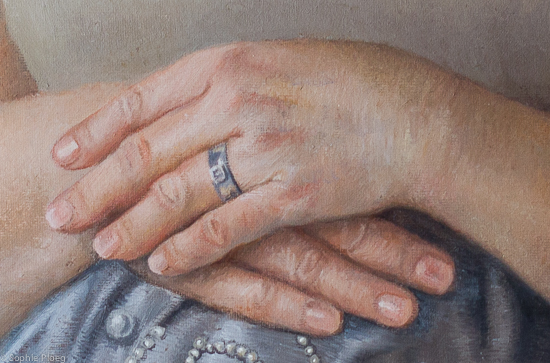 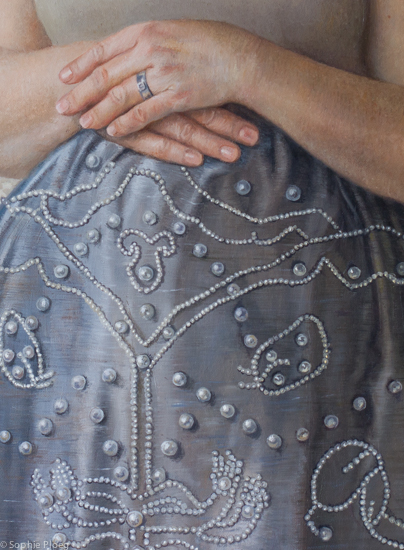 The 21st century pregnant model is wearing a taffeta silk skirt set with pearls. The design of the pearl skirt has been taken from a portrait by Marcus Gheeraerts the Younger of an uknown pregnant lady which hangs in the Tate Gallery. I have tried to create connections between a modern 21st century pregnant woman and a woman in the same state from 400 years ago. Much has changed since Tudor times, but the wonder of new life will probably never cease to amaze.

The background design was inspired by the ‘Anne Boleyn Canopy’ (a lace ‘sheet’ or blanket) which is said to have been used for the christening of Elizabeth I and worked on by Anne Boleyn. It is kept at Sudeley Castle in Gloucestershire (although I question the dating of the lace canopy I still included it in my painting, as it has associations of pregnancy and motherhood. See my book ’The Lace Trail for the discussion of the dating).